There is something about consistent posts, they get a lot of engagement! It’s much easier writing up our travels during this festive break when not in my regular routine and I have enjoyed the process. I’m starting this day (1 January 2020) to set my intention to post consistently.
On to the next post Lille: This is a short 90 minute train from London St Pancras. It’s located in Northern France near the Belgium boarder. If you book your tickets early enough you can get a single ticket for as little as £35 and about £29 during sales. A lot cheaper than traveling in the U.K.
My initial thoughts were to drive there to see the Christmas Markets. My thought process being it would be a short drive from London and hopefully not too hair raising. I don’t drive when abroad. I have only ever done this on one trip to Montenegro where a car was necessary. There was infrequent public transport and we had more freedom having a car. We also drove to Croatia for the day and spent the day in Dubrovnik. Driving on the wrong side of narrow roads along cliff edges freaked me out and I won’t be doing it in a hurry. That day trip should be documented in a ‘travel fail’ post I will work on to show it can go tits up and that you must laugh, move on and continue to travel.
I appreciate it works out cheaper for families to drive, especially during summer when prices are inflated, however when I weigh up the time and effort, for now I will chose other options.
The day before we were due to leave nationwide strikes were announced across France. I checked with Eurostar and our trains were fine. Strikes in France are inevitable and may affect your trip at some point. It is best to have a contingency plan. In my case I chose to stay near the station and within walking distance to town. I’d already paid for my hotel which cost more than the train tickets and Eurostar would only refund the train ticket. I also couldn’t be asked to make an insurance claim so I did not cancel my trip. 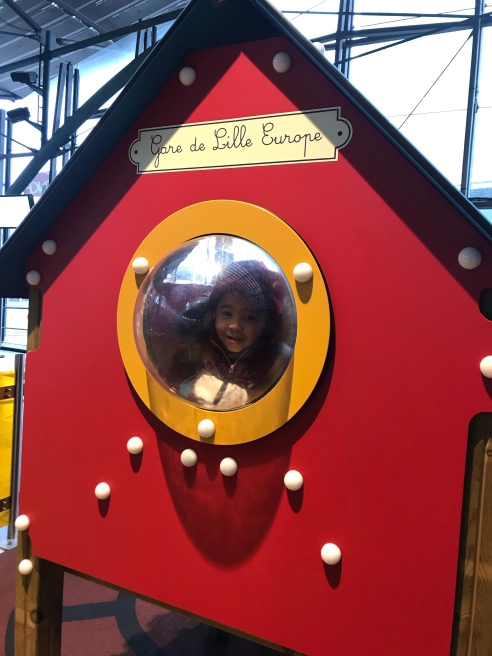 Tip: Always have insurance.
We had a very comfortable stay at the Crowne Plaza which is directly across the road from the station. There was a little play area inside the station which was perfect to exert energy for my child after the train journey. When we arrived it was raining heavily. We were able to check in early, get an upgrade, order room service and chill out which was fabulous. Marvellous Mrs Maisel had just been released and I caught up with a friend on the phone.
The following day we ordered room service rather than going down for breakfast. It had also stopped raining so we walked into town. About 15 minutes. Before we left the hotel I asked if they’d be any protests and were told there weren’t any. 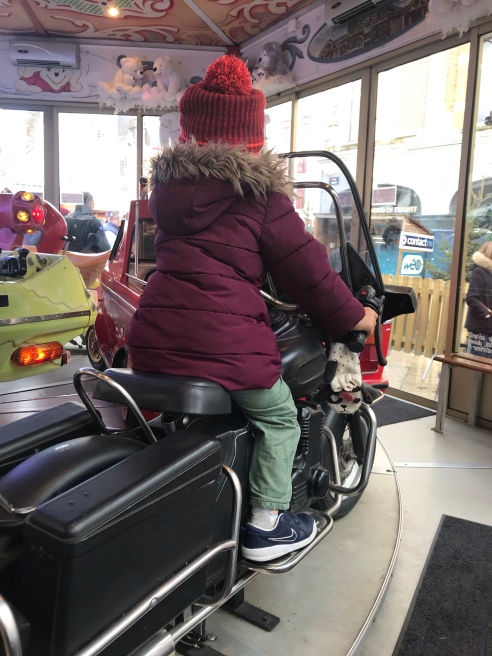 If you like historical quaint towns with cobbled streets and intricately detailed buildings and antiques you will love it here. We had a good time at the fun fare and the Christmas Markets. 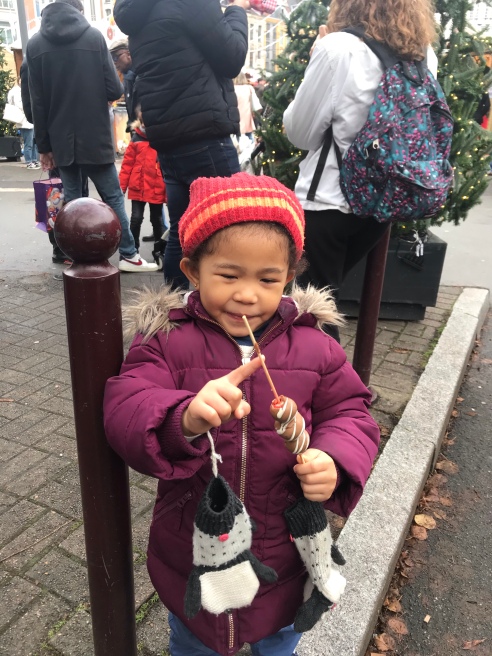 Chocolate covered strawberries at about €1/strawberry 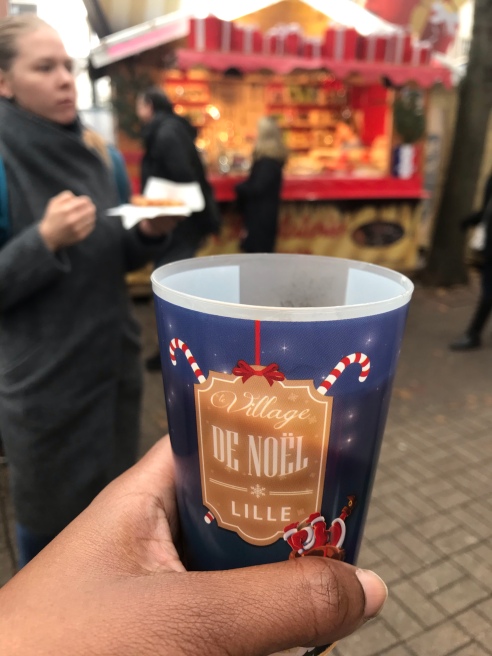 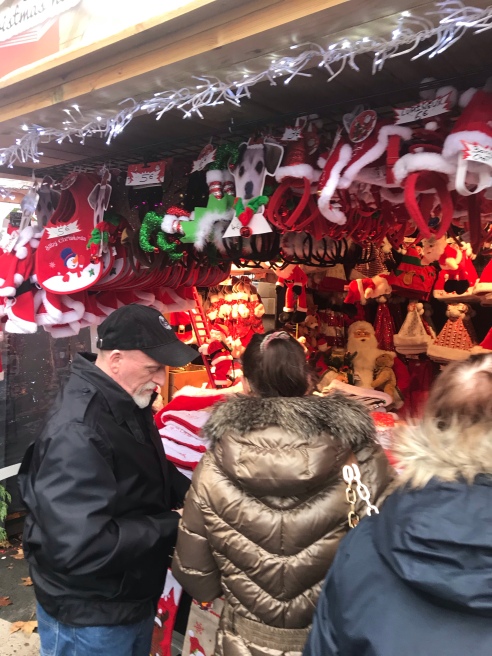 As we left the market I noticed a sudden increase in traffic as well as soldiers with guns. I have an aversion to crowds and whilst in Bordeaux last year we could smell the tear gas from side streets I knew I did not want to be out with my child in that environment. I asked a soldier if there was a strike and was told no.
We had planned to take a city tour that afternoon, when we went to get tickets I asked again if there was to be a strike. They confirmed that one had just been announced but not on the tour route. That was enough for me to bail out. We went to get food, bought my French Pharmacy supplies and we walked back to the hotel.
Tip: Be aware of your surroundings in foreign countries and have an exit route wherever you are. 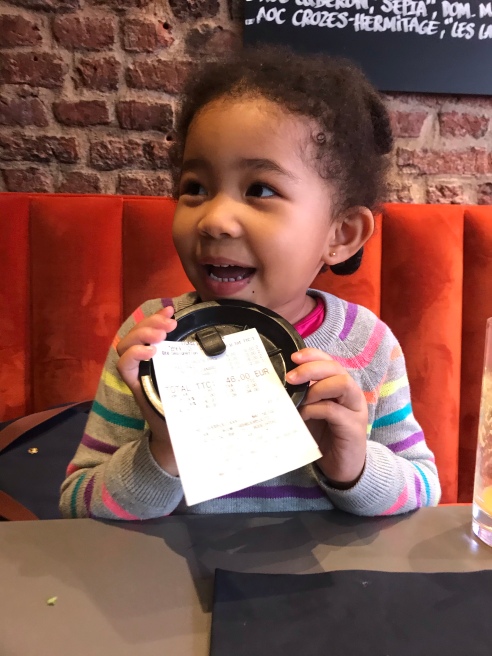 She said she wanted to pick up the bill from her bank account!

On the day we checked out, we left our luggage and went out for lunch back in town (and more rides) upon our return we noticed a kids club the hotel sets up for lunch guests. My child played and did crafts for awhile. 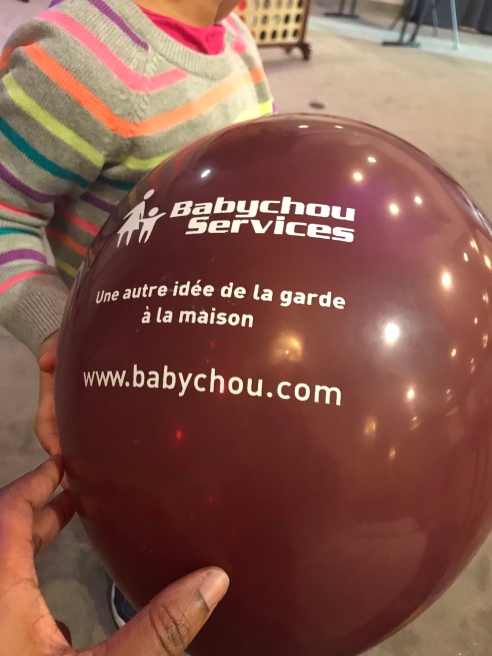 Check in went smoothly considering there was a strike and the trains weren’t busy. With her activity pack in hand, I found a seat near the play area until we were allowed on to the platform. We boarded and were back in London about an hour and twenty minutes later. 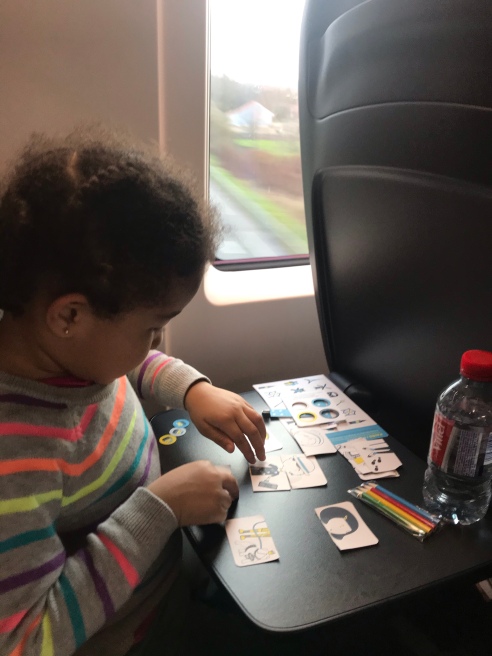 NB: I’ve noticed I don’t necessarily give an itinerary of our travels. Although not conscious at first over time I realise sometimes it’s better to ‘just’ go and discover the place for yourself!